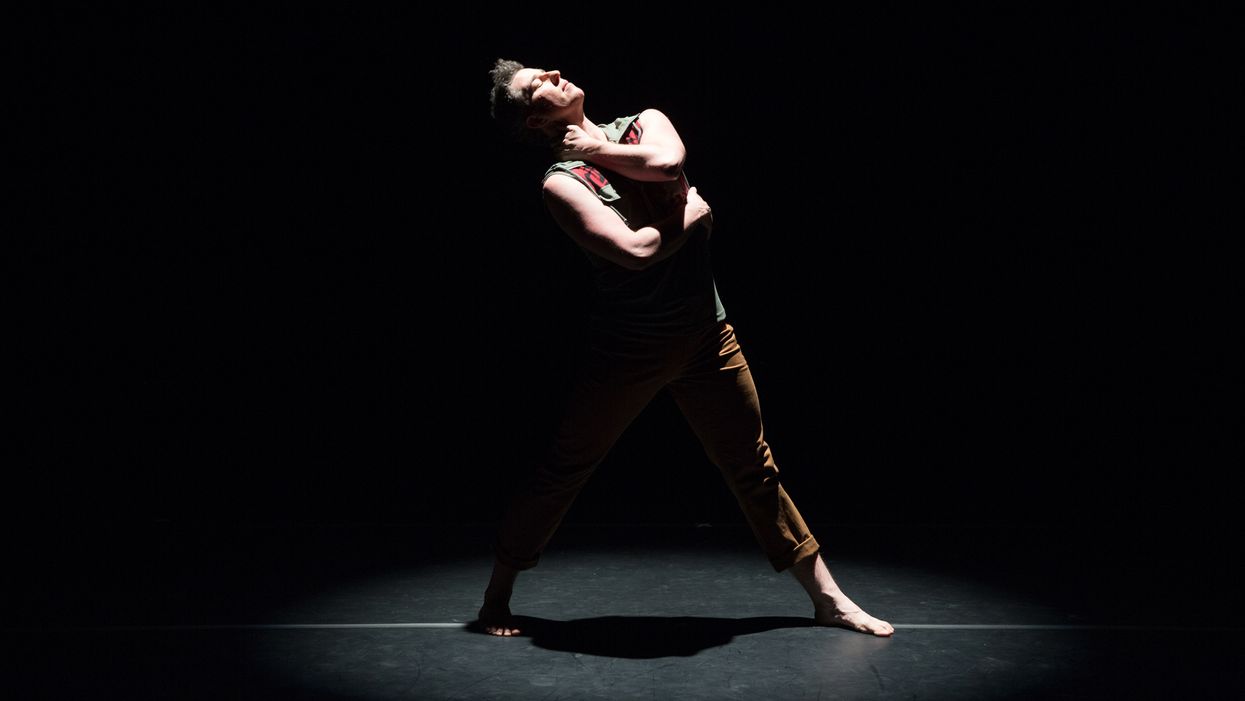 Whether through color-specific costumes, classes separated by sex, or the “traditional” view of the roles boys and girls should play in ballet, most dance students are taught that their gender determines their role in the studio beginning in elementary school. And, especially for those struggling with their own gender identity, that can cause harm and confusion. “From a very young age, I did not see myself reflected anywhere in the modern dance field,” says trans dancer, choreographer, and activist Sean Dorsey. “There was a really intense message I received, which was that my body and identity don’t have a place here.”

Despite significant societal progress in regards to gender representation, the dance world has trailed behind, and many transgender and gender nonconforming teenagers still feel lost within the world of dance. Prominent trans and GNC professional dancers are far and few between. “Being a black trans woman means I have to work extra, extra, extra hard, because I have to set the tone for the people who come after me,” says Brielle “Tatianna” Rheames, a distinguished voguer.

But the rise of social platforms has given Rheames, Dorsey, and other trans and GNC dancers a path to visibility—and that visibility helps create community and change lives. “Social media plays an extremely big part,” Rheames says. “You can’t just hide us anymore.” Here are eight incredible trans and GNC dancers to add to your own Instagram feed.

A graduate of New York University and a member of Complexions Contemporary Ballet, Haynes is a non-binary dancer with a talent like no other. Their confident voice has helped create more space for artists like them in the dance world. “I’m most proud of being able to be unapologetically myself throughout my entire career so far, and being met with success,” Haynes said in an interview with Dance Informa. “It’s not common for somebody who is so unapologetically queer, so unapologetically Black, to be so successful in the dance industry.”

Maldonado is a trans dancer and activist known as the “Wonder Woman of Vogue.” Among her career highlights are appearing on “America’s Best Dance Crew,” choreographing Willow Smith’s “Whip My Hair” music video, serving as a judge on the HBO Max show “Legendary,” and choreographing for “Pose.” “I love the fact that they take their time [on ‘Pose’] to actually educate people on the culture and to show the importance of it,” Maldonado said in an interview last month. “I love how they choose to tell the stories and how they choose to celebrate our community.”

Frederick, originally from Minneapolis, MN, is a GNC dancer well-versed in numerous styles. They’ve presented work at the Highline Ballroom, Symphony Space, and the Salvatore Peridance Capezio Theatre, among others, and are a popular teacher at Broadway Dance Center in NYC. Frederick strives to create safe spaces in their dance classes, pushing back against industry biases. “In many classes, teachers tend to separate groups by gender—boys in group one, girls in group two—and they offer choreographic choices based on gender,” Frederick told Dance Spirit back in March. “However harmless the intention may be, it eliminates the existence of nonbinary folks.”

Finding the ballroom community was crucial to Rheames’ self-discovery. “Voguing took my mind off of the hardest things I was going through as a queer youth,” she says. “It was definitely a way to liberate myself, help me find my voice, and gain confidence.” Today, Rheames is a trailblazer in the industry: She’s appeared on “Pose,” performed alongside Cher at the Met Gala, starred in Equinox’s “Life Is a Ball” campaign, and appeared in Viceland’s docu-series “My House,” which follows the NYC ballroom scene.

Johnsey is one of the only professional gender-fluid dancers in the ballet world. Currently artistic director of Ballet de Barcelona, he was for many years a dancer with the drag company Les Ballets Trockadero de Monte Carlo, which he left in 2018, alleging a culture of discrimination. Johnsey made headlines again when he performed a female corps de ballet role with English National Ballet later the same year. “When I got to ENB, they wanted me to be myself,” Johnsey told Dance Magazine. “Not more masculine or more feminine—they wanted me to be honest. It was liberating, but an artistic struggle.”

After starting his career in social justice as a community organizer, Dorsey discovered dance relatively late. But his intense drive and unique vision have set him apart—especially his work with his company, Sean Dorsey Dance. “I’m very blessed to be building and investing in and supporting this community,” he says. “I get to have my heart and my artistic self and my batteries recharged by witnessing all of this amazing trans and GNC and queer artistry.”

In 2019, Darling Shear Squire made history as the first transgender artist to receive a grant from the Chicago Dancemakers Forum. Shear has had an extensive dance career, working with top choreographers like Bubba Carr and Rhonda Henriksen, and is also a fashion designer and healer.

Trans dancer Alexander is one to keep your eye on. Currently a protégé with Inlet Dance Theatre, Scout grappled with his gender identity as a young dance student. “Up until about age 17, I was struggling with having to train mainly as female, because it was the only option I had,” he told Pointe. “I wasn’t sure if I’d be able to have a career and have this identity, because I had been told that the two couldn’t coexist.” But he persevered, and is now an activist for trans representation in the dance world.